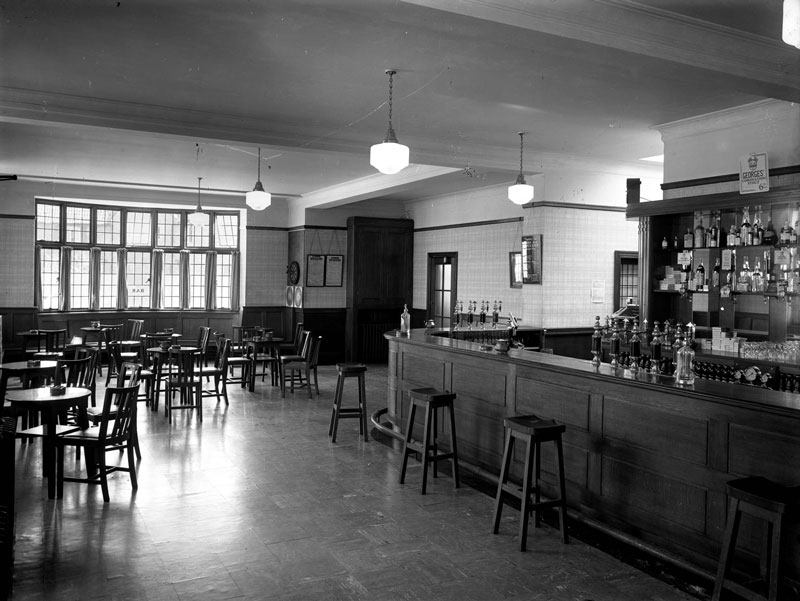 Continue on Hallen Drive and turn left into Westbury Lane, which has a mix of WDA5 and WDB5 three-bedroom, parlour homes designed by Benjamin Wakefield. The Red Bus Nursery, on the opposite side of Westbury Lane, is located in a former public house, The Progress Inn, which opened in 1936.

In a perhaps naïve attempt to deter unruly behaviour on the part of council tenants, no pubs were allowed on the estate itself. Its building was controversial at the time with petitions gathered by both sides. However, as technically Sea Mills only occupies the left-hand side of this road, the pub could be built on the right-hand side in the neighbouring suburb of Coombe Dingle. Continue along Westbury Lane and stop opposite Haig Close (6) on your right.

These almshouses, positioned around a central green, were built for disabled ex-servicemen after the First World War on land donated by Napier Miles. Sixteen dwellings were completed between 1929 and 1930 with more added in 1936 and 1955. There is a mix of three- and two- bedroom houses, three-bedroom flats and two-bedroom bungalows.