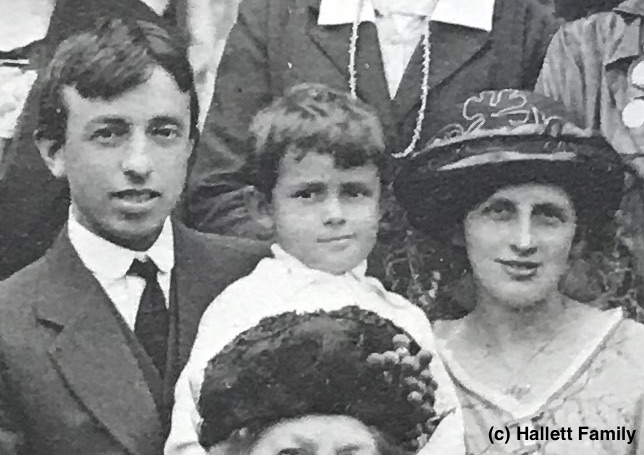 Take a look at the shops on Sea Mills Square and find out what they are and who was running then in 1939. If tour is not visible open in a new window. Sam and Daisy Hallett with their son Peter in 1921.
Sam was running the shop in 1939, the family had lived in Woodleaze by by the war had moved to Coombe Lane.

If tour is not visible open in new window

32
In 1939 was Winslade Grocers, Henry and Hilda Winslade were resident with five children living over the shop. Henry was a local ARP warden

34
In 1939 was Green Drapers, James and Dora Green resident

36
In 1939 was Powell Hardware, Aaron and Gladys Powell resident

40
In 1939 was Gilpin Grocers – Cecil and Gladys Gilpin resident

42
In 1939 was Wakefield Tobacconist – Herbert & Adelaide Wakefield resident and two younger Wakefields listed as resident, Herbert listed as a retired builder with Adelaide as Shopkeeper.

find out more about shops in Sea Mills

One Reply to “Sea Mills Shops in WW2”