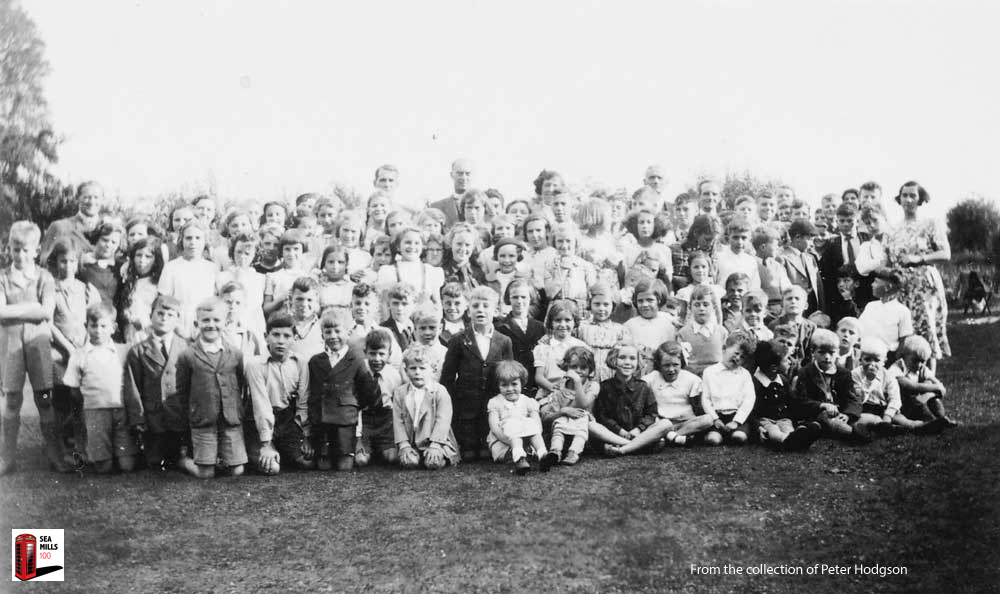 We are collecting personal memories and reminiscences about Sea Mills and Coombe Dingle, if you have something that you would like to contribute please get in touch .

I was born in 1931, in the house my parents rented from the council in 1928, my father having been transferred by his company from their home town of South Shields.  It must have been quite a culture shock for them moving from the docks, railways and coal mines of the North East to the Garden Suburbs of Bristol.   I grew up in Sea Mills with my brothers and sisters (me being the middle one) and from memory those early years up to the war were very happy, many other children to make friends with, and our playground was Blaise Castle Estate, Kingsweston Downs, the riverbank, Shirehampton Golf Course, and the only real concern was to get back home in time to eat.!!!!

At the age of 8 I joined the Wolf Cubs of 126th Sea Mills group, as did a lot of the boys in Sea Mills.  This activity has stayed with me and 80 years later I am still very much involved with the movement, including, during the 1950s one of the Leaders at the 126th.

The wartime years were full of memories, static water tanks on the Square and the Golf Course (it is interesting to note that there is still a hole in the wall opposite the end of High Grove where the hosepipe was used for access) and as a growing lad quite exciting, watching dog fights during air raids, if we weren’t hurried down to the air raid shelter by our parents.  Out after the raids to collect shrapnel and other souvenirs, I can remember finding an unexploded incendiary bomb and taking it home, where with the help of my father we took it apart.  Later they added an explosive device to them, so we were quite lucky.  Health and Safety didn’t apply in those days!!.

My younger brother and myself were evacuated in 1941 to Wellington in Somerset, together with a number of other children from Sea Mills and surrounding areas. We returned in 1942. I still have a photograph of a get together at Wellington when the vicar of St Edyth’s (Rev Wilson) visited us.

Strangely neither of us can remember travelling down there but remember being met by a couple, who had no children. They looked after us for the next fifteen months or so.  It was not a particularly unpleasant time there and odd memories do surface at times.

Other memories of the war years were the American Army camp built on the Golf Course and the periods, particularly leading up to ‘D Day’ when there were continual convoys of troop along Sylvan Way on the way to Avonmouth.  We regularly went home to find the house full of servicemen drinking tea, offered by many of the neighbours.  On one memorable occasion an American knocked at the door and introduced himself as the fiancé of the daughter of one of my father’s sister who had moved to the US before the war. He had been given the address before being sent to Europe not knowing that he would, one day be passing the door.

On reaching 5 I went to Sea Mills Infants School, at that time the Infant and Junior Schools were separate building on the same site in Riverleaze.  In those days the children in the first year all had to have an hour’s rest in the afternoon, and camp beds were set up for this in the classroom.  I can also remember that in a later class all the boys, as well as the girls, were taught how to knit. I can still manage plain stitch but pearl was always a problem !!!!|.  I can remember the underground air raid shelter being built in the grounds of the Junior School and having to go there during air raid (without being allowed to watch the aeroplanes overhead)

On return from Wellington, having reached the age of 11 I went to Portway School, which was, then, a mixed school. It shortly changed to separate boys’ and girls’ schools, still on the same site, and the at 13 went to Bristol Commercial School, leaving at 16 to start work.

After I got married, to an ex Sea Mills girl (Shirley Lockyer), we lived for a short time in Sneyd Park and then Horfield, before buying our first house in Coombe Dingle. We stayed there for 10 years, our children going to Sea Mills school, before moving to Westbury on Trym. My parents continued to live in Sea Mills. After my mother died my father eventually remarried and after he died my step mother continued to live in the house until she moved to a care home in 2015. So, my family lived in the same rented council house for some 86 years.  I suspect that the rent paid over that time could have bought the house several times over.

It was interesting, when we had to clear out the house to come across a certificate issued by the City Housing Department in 1978 congratulating my father for living in the same council house for 50 years.

Just for the record my youngest sister Margaret (Nicolls) is still living in Sea Mills so it’s now over 90 years that we’ve been here.