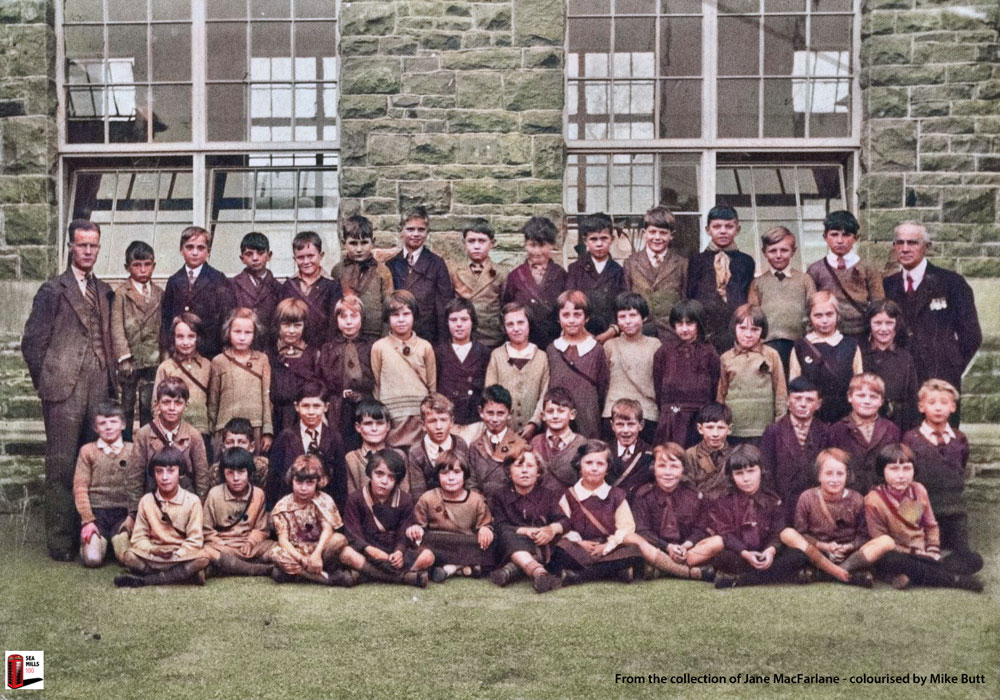 As we go through the project we are collecting lots of old photographs. Some come with names and dates but others don’t. We will post some of them on this site, let us know if you recognise a friend, relative or even yourself – or if you can help us date a photograph.

We would love to know more about this photograph, it’s marked Sea Mills School 1932 on the back but we have not been able to identify any of the people in it so far. If you look closely in in the bigger versions it looks like the children are wearing poppies and the teacher on the right is wearing his medals. Eagle-eyed helpers on facebook have also noticed that two of the children in the front row are wearing Brownie uniform and there is a scout at in the back row. The first Poppy Appeal was in 1921, we are also wondering what the straps are that most of the children are wearing? If these are gas masks then this would make the date later. It’s been suggested that they might be sashes to signify something. Let us know, if you think you know!

Read more about the history of the Poppy Appeal on the British Legion website.

After appealing for information about this photo we have identified the child on the back row standing next to the teacher. He is Desmond John White, born in 1923 and he lived at 17 Trym Side. He was also in the St. Edyths choir. Thank you to his son, Philip for identifying him. Read more about his family and their contribution to WW1 & WW2

Today we borrowed a few of the lovely young people from The Noise to help us out at the museum. They also cleared a large area for planting at the Rec. Thank you to all of you - you’ll sleep well tonight! ... See MoreSee Less