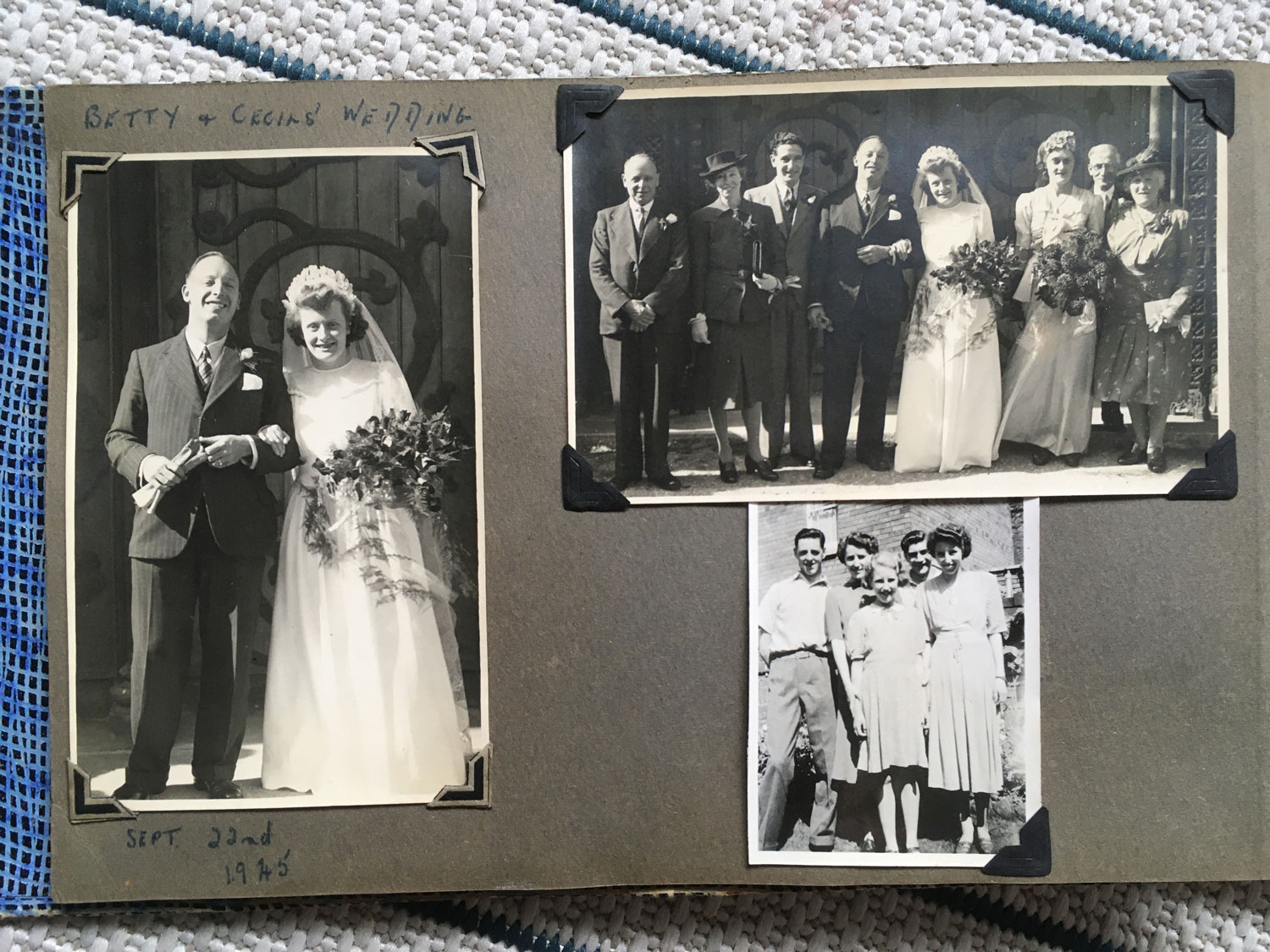 Our recent Found it! event was a great success, with a plethora of interesting items being brought along for our experts from Bristol Museums, Bristol Archives and the Bristol and Avon Archaeological Society to look at.

Local residents brought along found documents, bottles, pieces of pottery, some apothecary jars left in the old doctors surgery, two dentists signs and even an old Spillers of Avonmouth sack which had been found lagging a water tank.

One of the most intriguing items was a photo album, found in a loft in Sylvan Way which included a large amount of unlabelled photographs. Thanks to some detective work done by Sea Mills 100 and Bristol Archives this has now been returned to one of the families featured in the album. We are still keen however to identify some of the other people in the photographs and possible work out how it came to be left in Sea Mills, in a house which has no obvious connection to the people pictured.

The featured image above is the wedding of Betty Sweet to Cecil Bradford at Buckingham Chapel in 1945. At least one other wedding at the chapel features in the album, that of Joyce Locke and Frank Flew in 1948. Click on the images below to see bigger versions of some of the other photographs.