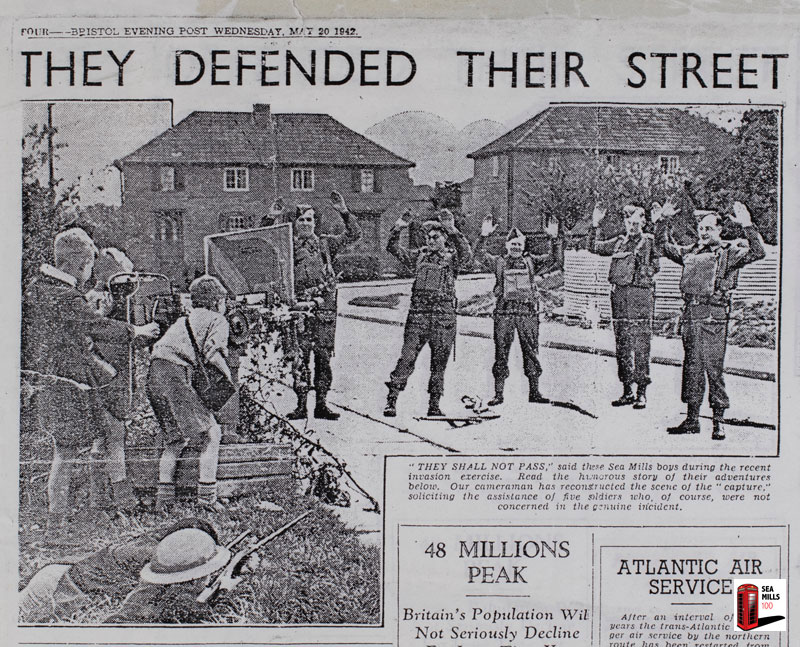 During WW2 numourous families took in American Servicemen to stay with them and many older people in the suburb have memories of the servicemen who were billetted with local families or stayed in the huts on the golf links. Private First Class George Barnes stayed with the Creed Family and later stayed in touch with “Ma and Pop Creed”. When he returned home he told a local magazine that he had assisted the family in providing for their daughter and made sure that the rest of the village had the supplies they needed.

During WW2 Joan Creed met Stan Tozer at a youth event at Sea Mills Methodist Church, it was the start of a relationship which was to last over 60 years. Stan was soon to be called up and later injured by a snipers bullet. He is a Normandy Veteran and in 2016 was awarded the Legion d’honneur for his part in the liberation of France.

Stan took part in our commemoration of Remembrance Day at the Sea Mills Museum in 2019. Stan is pictured here with Mary Milton the co-ordinator of Sea Mills 100 and Dave, one or our phone box volunteers.

The name Tozer also features in this newspaper article from 1942. Brian Tozer, Stan’s brother was one of the boys along with George Winslade, John Pilcher, Jeffrey Ogilvie, and Charles Skinner who “captured” a group of British soldiers with a “gun” built chiefly from the parts of an old lawnmower with the help of George Winslade’s father. George’s father ran a grocers in Westbury Lane at the time and the family lived over the shop.

Thank you to Stan Tozer and Shirley Archer who provided the information for this page.