and thank you Emily Twiggs for planting it.

Today is the 101st anniversary of the planting of Addison’s Oak in what is now Sea Mills Square. When it was planted the area would have been fields close to the road running from the city to the village of Shirehampton and then on to Avonmouth.

Christopher Addison, who was soon to become the first Minister for Health (pictured above) visited Sea Mills with local dignitaries to ceremonially “cut the first sod” before house building began.

The Lady Mayoress, Emily Twiggs then planted an oak sapling. Left is a picture of her at a relatives wedding in 1914 which we received just today from a member of her family.

In June 1919 Emily’s husband Henry Twiggs was Lord Mayor of Bristol, she attended many functions with him including the visit of Christopher Addison to view the new housing sites in Bristol. Henry and Emily were both widowed before they married in 1899, Emily was 47 and Henry 44.

Henry was born in Bristol in 1855 and founded his business H. W. Twiggs and Co Bay Prams and Invalid Carriage Manufacturers in 1877. He had a shop in Stokes Croft with workshops Philadelphia Street. He was a member of the docks committee for 35 years and chair between 1908-24. (1) He is officially listed as Lord Mayor for 1918, but in fact must have begun his appointment late that year as he was Lord Mayor until Nov 1919 (2+3)

Homes for Heroes – Read more about the beginnings of Sea Mills, Christopher Addison and his visit and why the homes were built. 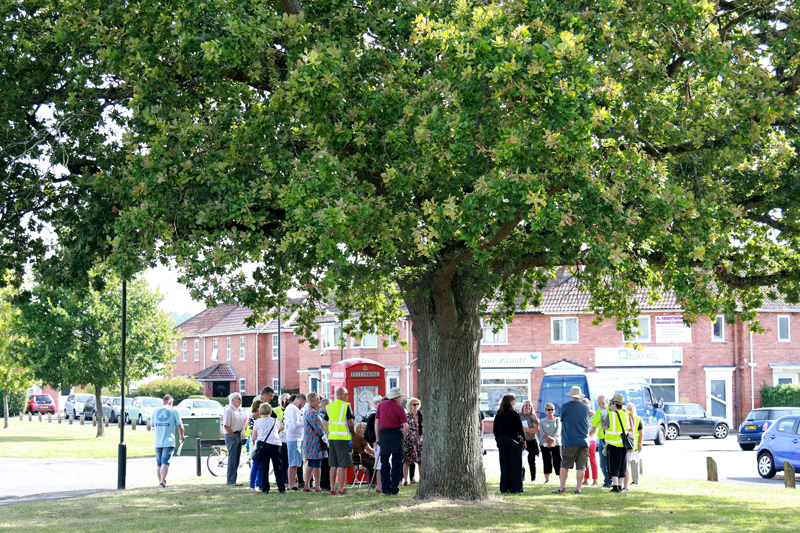 Addison’s Oak featured highly in our resident-led walks for Bristol Open Doors and is an important feature of our local landscape. Don’t forget it’s shortlisted for Woodland Trust “Tree of the Year 2019”. Voting closes at 12 noon, 27th September so vote now!

Sea Mills has hit the headlines! Mentioned in Newsweek and the Times today, from a story picked up from Bristol24/7 www.newsweek.com/woman-discovers-grandmas-diary-confirms-identity-wwii-spy-1718182 ... See MoreSee Less

A woman has discovered that a diary preserved by her grandmother reveals the identity of a WWII British spy codenamed Agent Mullet.
View on Facebook
· Share