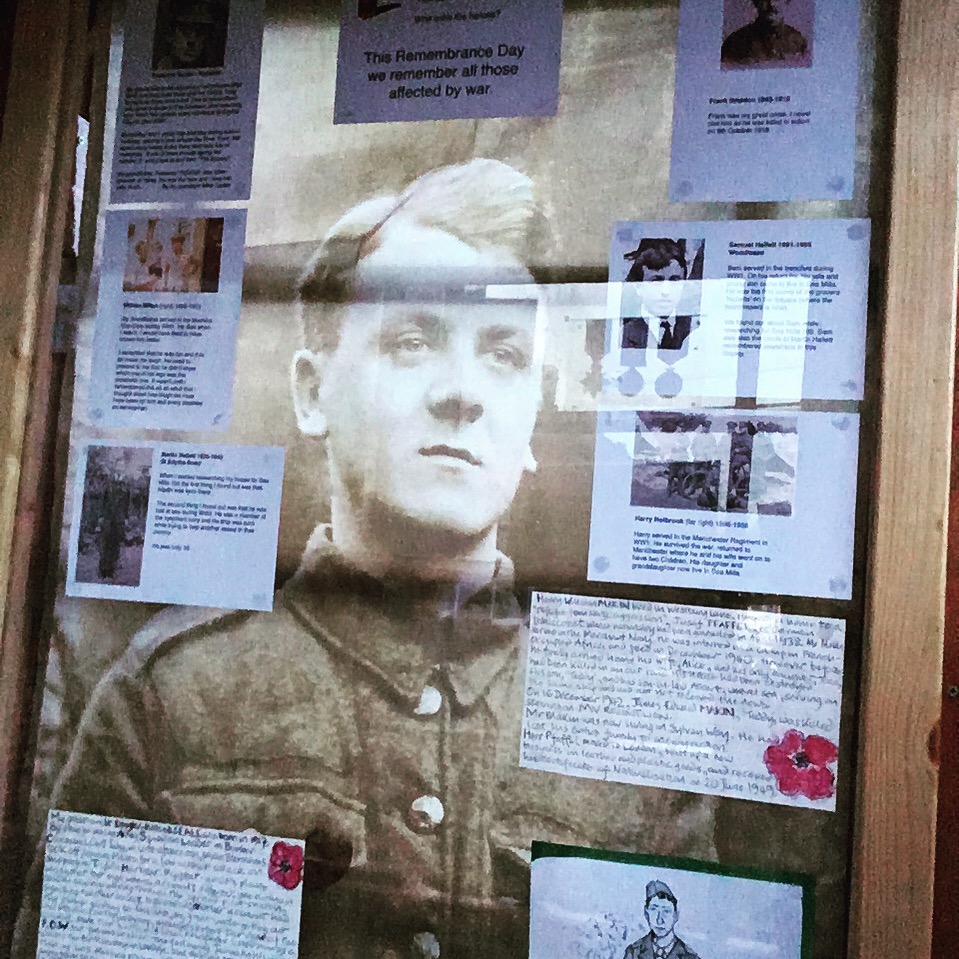 On Remembrance Sunday around 40 local people gathered at the museum to hear the last post and to remember all those affected by war.

WW2 veteran Stan Tozer who has lived in Sea Mills for more than 90 years gave the Exhortation:

They shall grow not old, as we that are left grow old: Age shall not weary them, nor the years condemn. We will remember them.

Several people then spoke to remember relatives and also people they had found in their research during the Sea Mills 100 project, this including remembrances of an 18 year old who was one of the first people to be born in Sea Mills who died on a convoy ship during WW2, an American solider billeted in Failand Crescent and a Jewish family who escaped the nazis and found safety in Sylvan Way.

The Remembrances were on display in the museum until the end of November and are now posted below for you to see. Select an image for a bigger version.

You can read more about some of the people above in our Sea Mills and Coombe Dingle War Stories section.