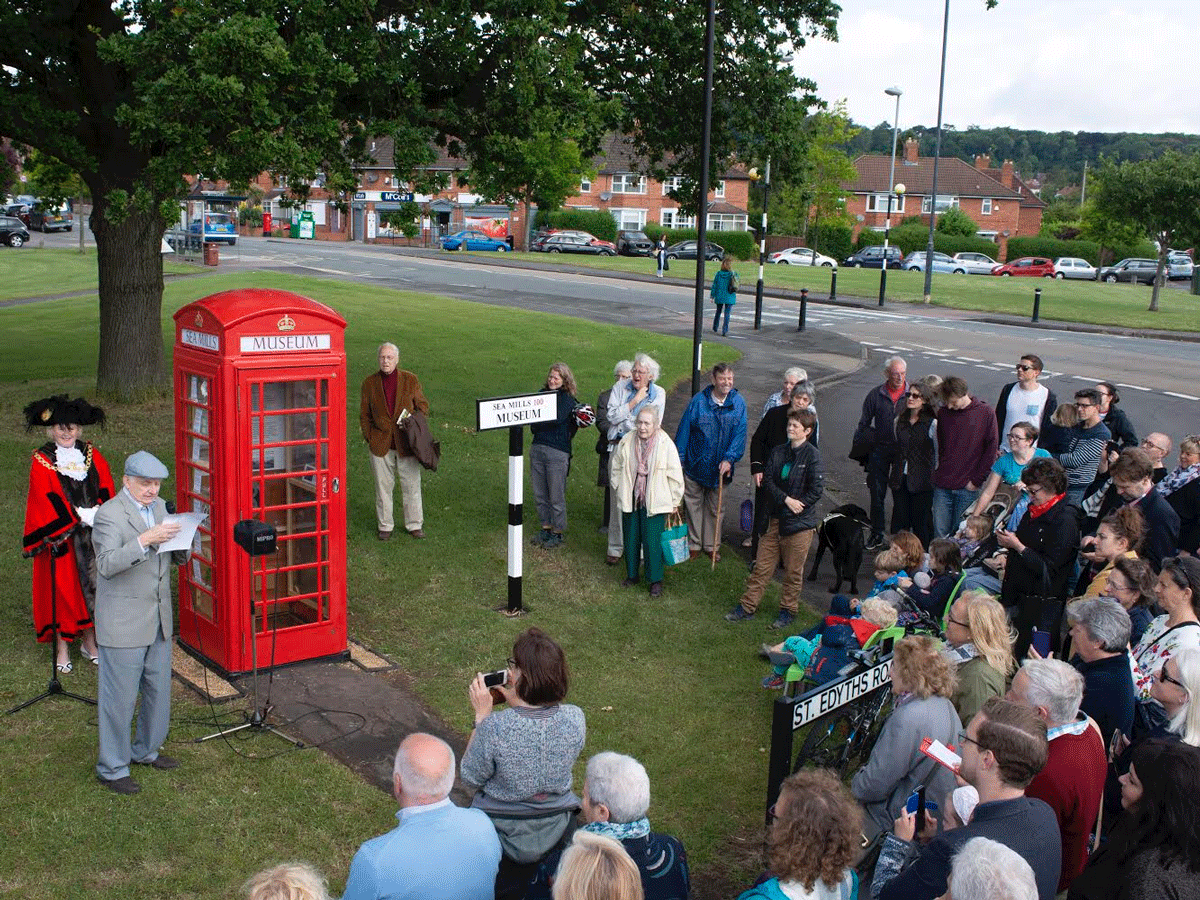 The weekend of 8th / 9th June 2019 was a special one for Sea Mills as we celebrated our centenary. Our mini-museum was complete, gift wrapped and ready to be opened by Lord Mayor Jos Clark and local writer and Sea Mills boy Derek Robinson.

There was a great turn out of local people, and it was fantastic to see how many people where interested in celebrating the heritage of their local area, including our local councillors and MP. The museum proved to be very popular with the audio clips inside being played over 300 times over the weekend. It’s a vert long time since any of us had seen a queue at a phone box!

As part of the weekend local people had research the history of their homes and put the information outside their houses as part of a heritage trail. One of the most amazing things for us was seeing people going around the trail with their maps ticking off the ones they had seen. It worked! People were doing it! It was also brilliant to meet people who had come from all over the country to see the trail, many of them previous residents, some of whom had contributed information for the trail.